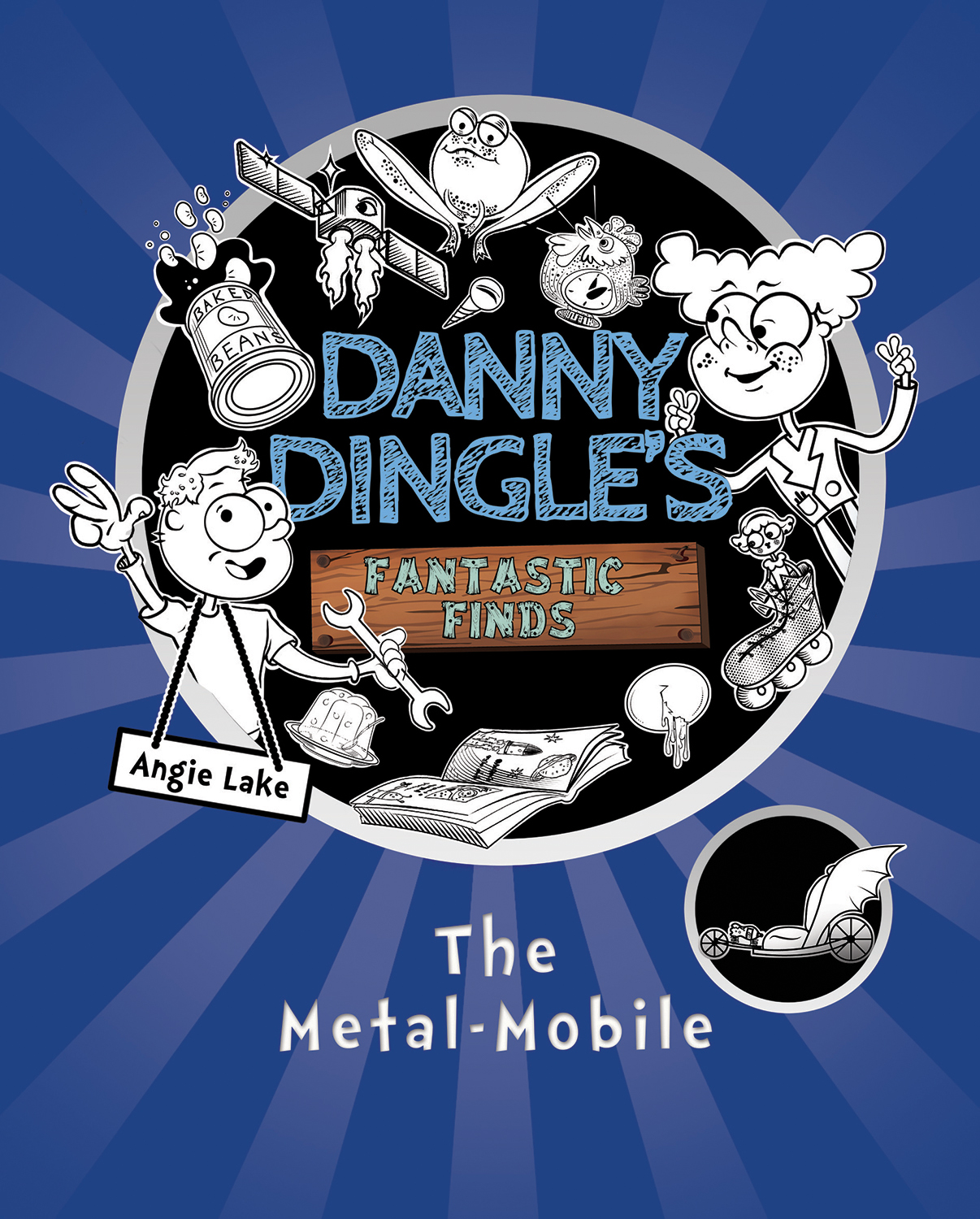 DO NOT READ (unless you are Danny, Percy or Superdog.) Just don’t. Seriously, DON’T. I’m not joking! BE WARNED: if you turn the page, this notebook will EXPLODE! Meet Danny Dingle, aka Experimental Face (ha ha) – super-secret spy and future assistant to the greatest superhero EVER, Metal Face! Danny and Percy know they have to pull out all the stops to beat Danny’s arch enemy, Gareth Trumpshaw, who’s an evil genius, with an evil genius dad.(They’re also big fat cheaters!)Can Dad’s special brew of super-fizzy cola save the day? Or will it be down to Superdog to come to the rescue yet again. 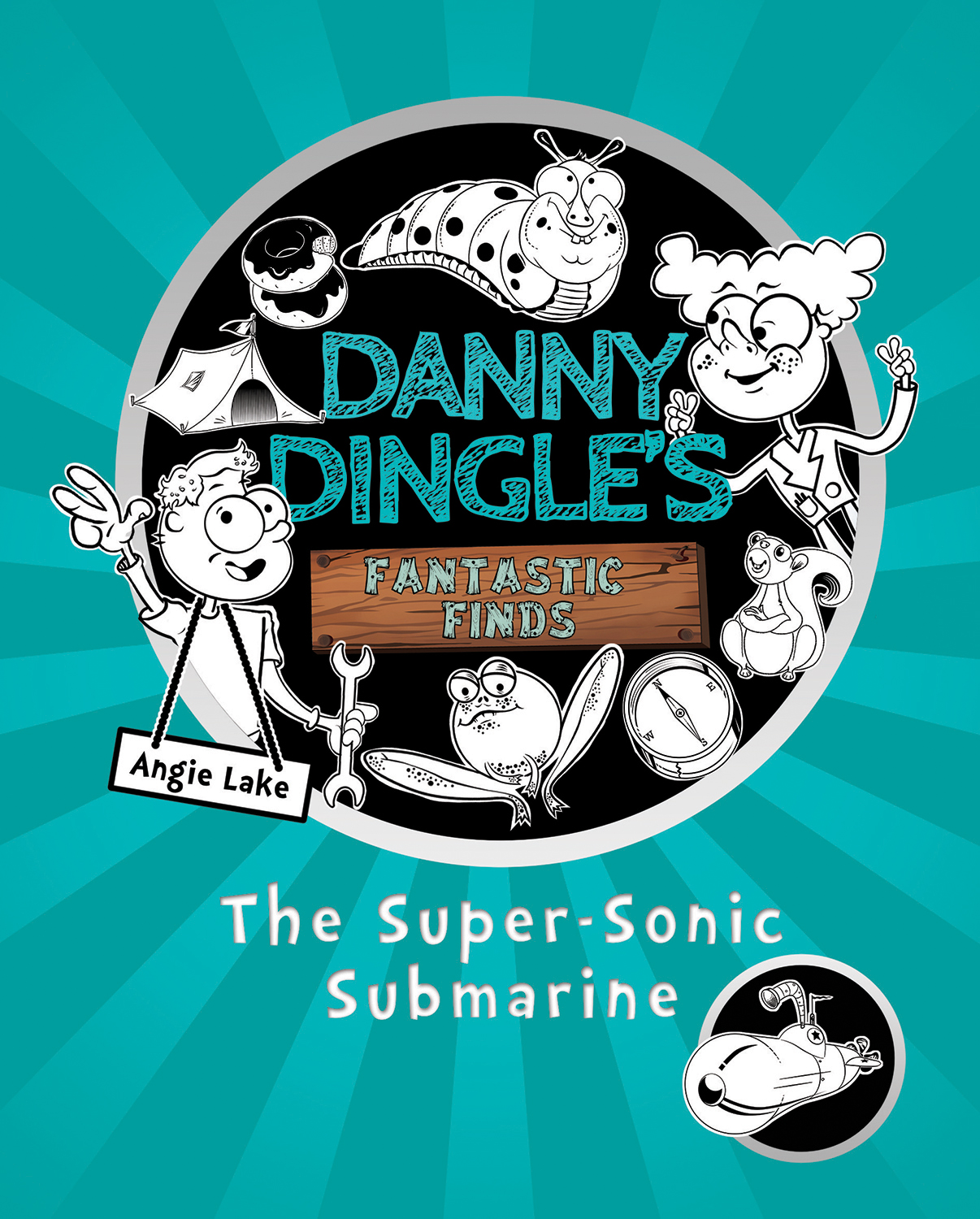 Danny Dingle, our favourite AMAZING super-inventor, is back – and this time he’s joining the SCOUTS! (Everyone knows that stands for Spy Club Only for Ultra-Terrific Spies, doesn’t it?)

Faced with the perilous prospect of a camping trip to ‘Sunny’ Scotland, can Danny and Percy save the day?

And more importantly, could Danny be building the coolest super-sonic submarine EVER? Read this action-packed book to find out! 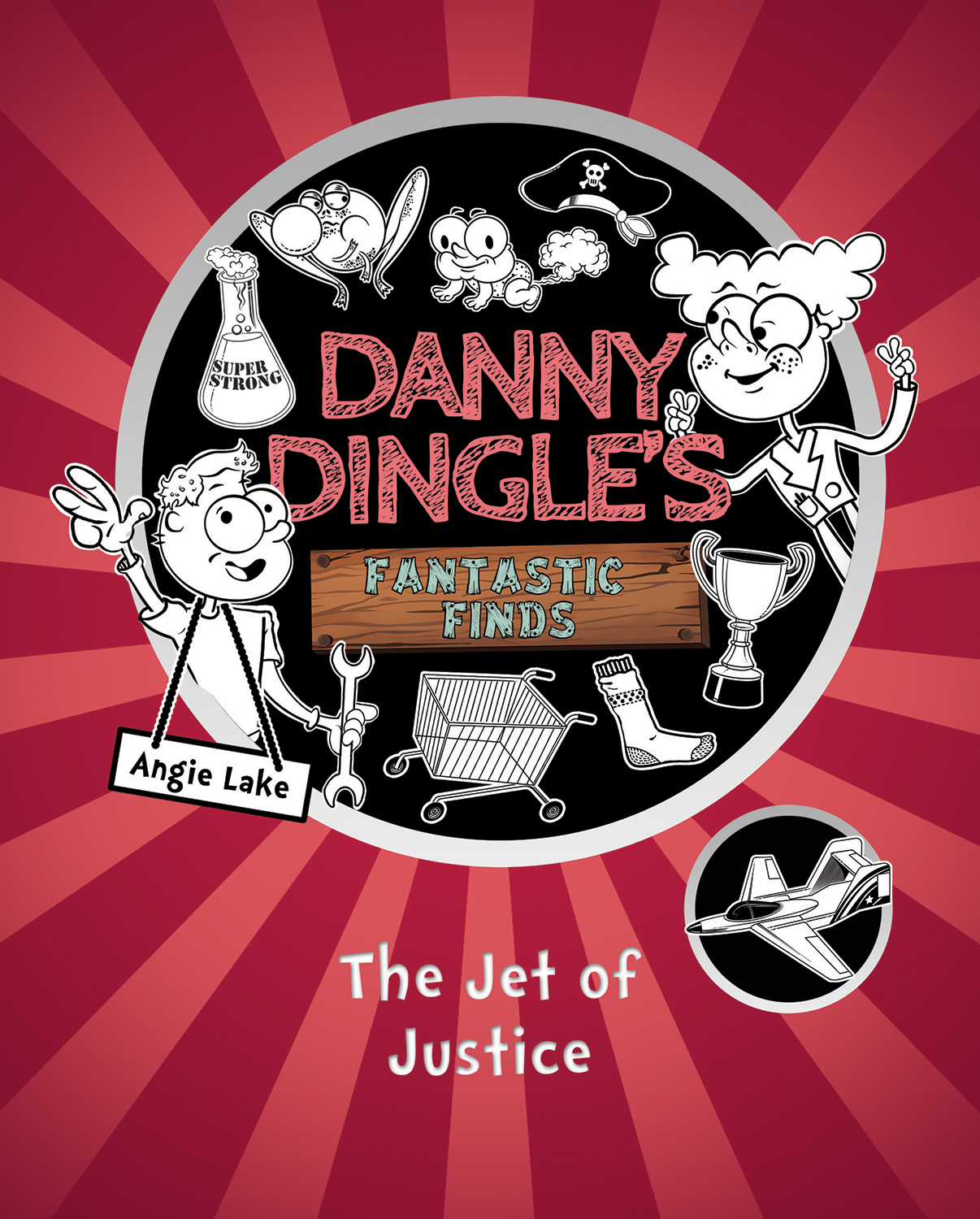 The Jet of Justice

It’s the summer holidays – AT LAST. Now Danny Dingle can be a full-time super-inventor without boring, pointless school getting in the way. HURRAH!!!

With a sci-fi convention and a flying machine competition on the horizon, Danny and Percy are desperate to finally get noticed by Metal Face. But Mum is plotting against them at every turn. (Trust her to want a summer of peace and quiet!)

Suddenly only one question is important: is summer camp as HORRIBLE as it sounds? 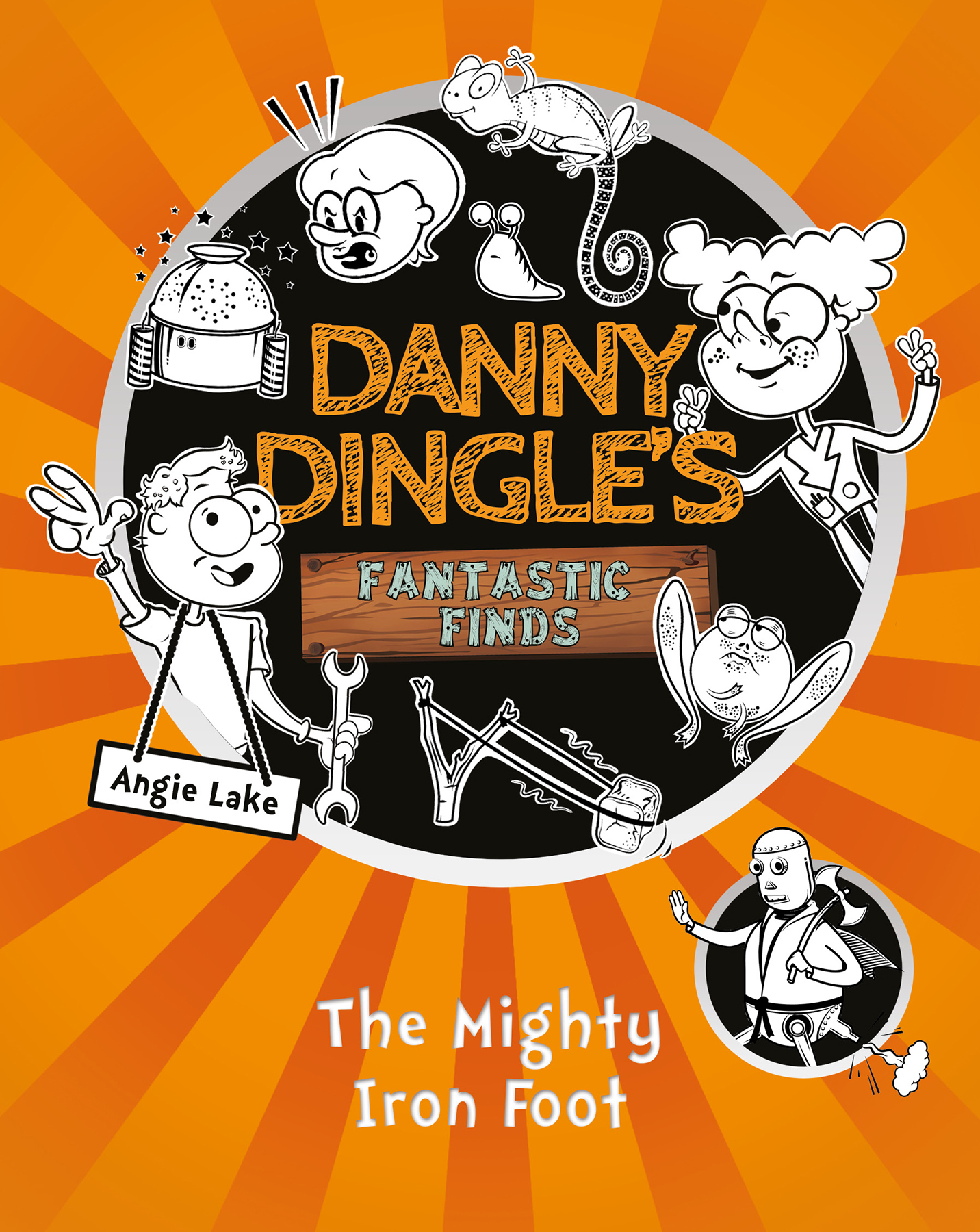 Danny Dingle: menace to his neighbours and threat to their pets is back!

When a routine freeze ray demo leads to the death of Mr Nesbit’s prize-winning chameleon, Danny and Percy are sent to jiu-jitsu lessons to ‘learn some discipline’ – YAWN! Instead their friendship is tested as never before.

Can building the world’s greatest killer robot bring them – and the whole class (EVEN twit-faced Gareth Trumpshaw) – together? 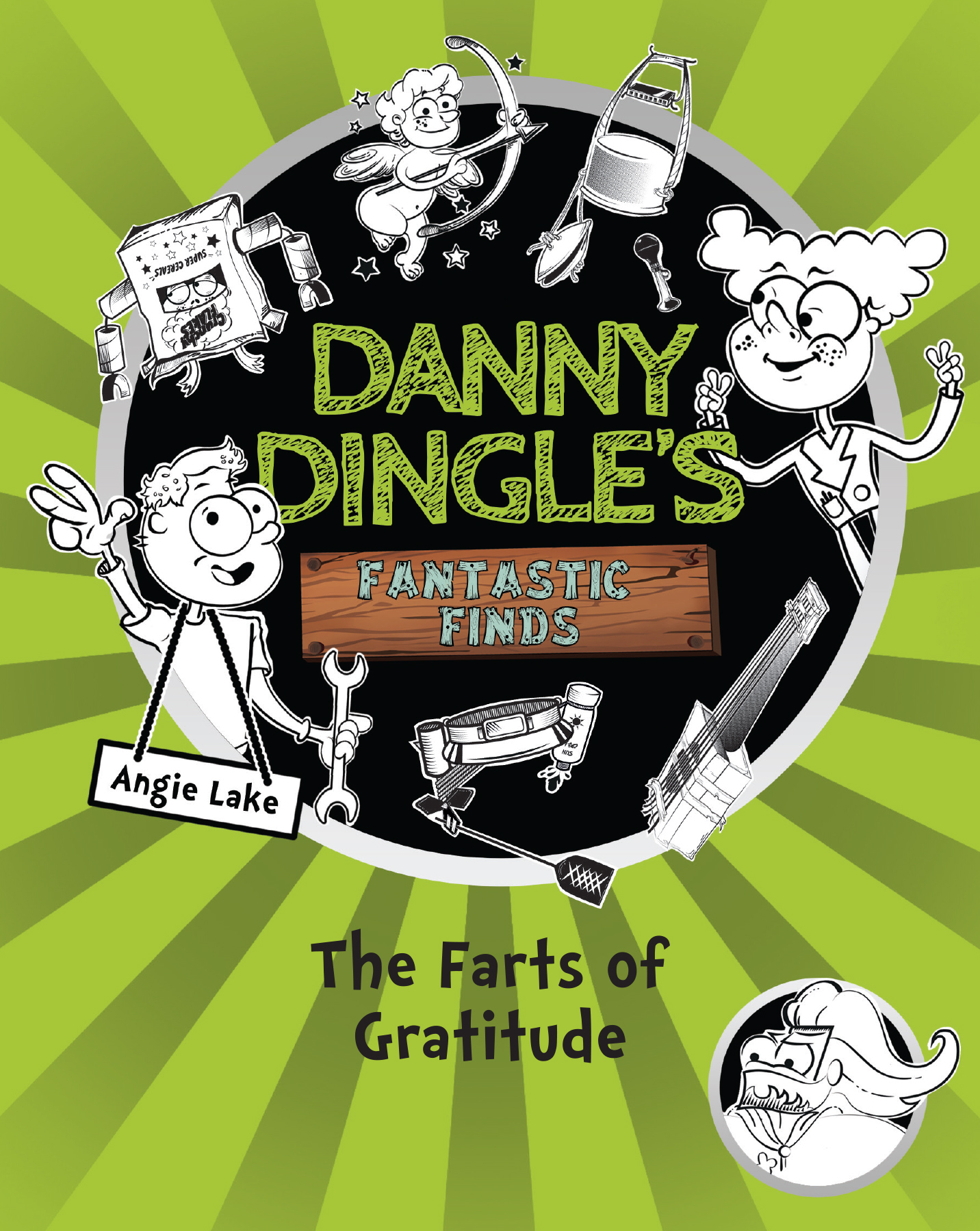 The Farts of Gratitude

How do you hide a super-secret spy operation? Use your boring family holiday as a cover! (OBVIOUSLY.)

G.A.G is Metal Face’s super-cool new band, and Danny and Percy are determined to copy their idol and make some noise. They’re not alone: the whole school is obsessed!

With Battle of the Bands on its way, the disaster duo faces their greatest challenge yet. Can they put on the show of a lifetime? Or will it all go up in smoke? 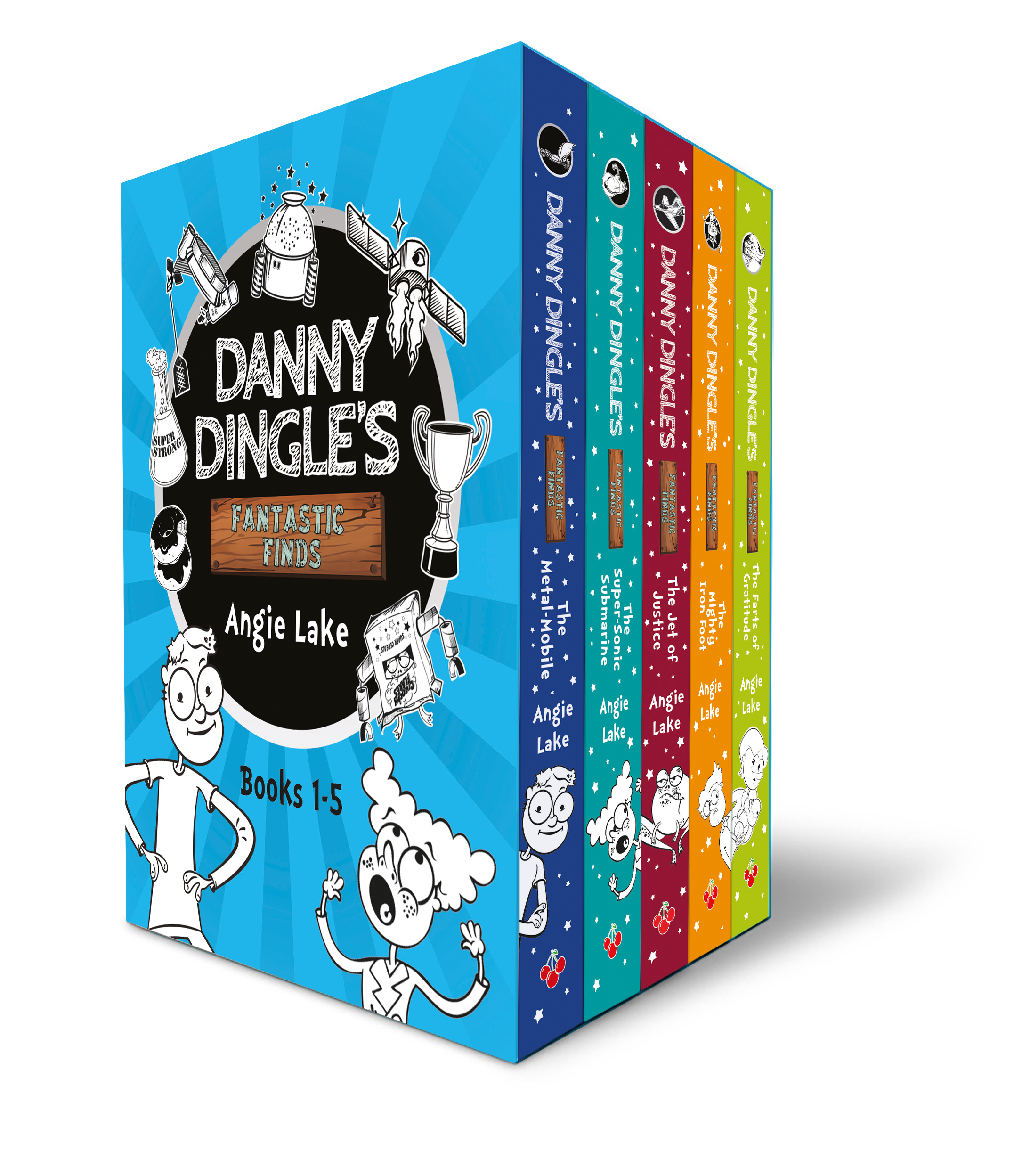 Follow the laugh-out-loud adventures of Danny Dingle, Super-Secret Spy and Genius Inventor, and his best friend Percy as they pull out all the stops to beat the evil genius Gareth Trumpshaw and wreak all kinds of havoc along the way!

Packed with expressive fonts and fun illustrations, Danny Dingle’s Fantastic Finds is perfect for reluctant readers and fans of Diary of a Wimpy Kid aged 7+ years.

This five-book collection includes The Metal-Mobile, The Super-Sonic Submarine, The Jet of Justice, The Mighty Iron Foot and The Farts of Gratitude. 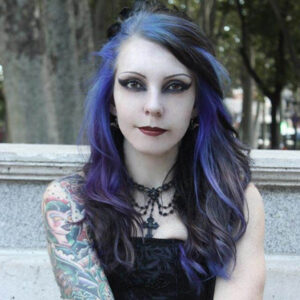 Angie Lake is a freelance writer with a background in the Spanish music industry. She has worked on a variety of projects, including writing and reviewing for press publication, translation and authoring works of fiction.

Born in the UK and raised on the Spanish Costa Blanca, Angie travelled extensively before settling in Spain to study Psychology and began her writing career in the Spanish national music press.

Angie currently moves around Europe, covering concerts and other cultural events in the summer months. During the quieter winter period, Angie writes novels and children’s fiction.

Books from all authors