I message Gemma
Want to do something? Baking day?
Not sure.
I give up on the messaging and call her. ‘Why not? It’ll be fun. The weather’s great, we can sit in the garden after.’
‘If the weather’s so great why stay inside and bake?’
‘Because baking’s fun.’ We used to do this a lot. ‘And, hey, I’ve just had an idea! In Mum’s Sunday supplement there’s a whole thing on making special foods for picnics.’
‘Picnics?’ Gemma sounds even more dubious.
‘It’ll be perfect. A couple of hours in the kitchen and then we’ll take all the food and have a picnic in the garden. Whose house shall we cook at, yours or mine?’
‘Your kitchen’s the best, obviously.’
Ha! I knew I’d get her to agree. ‘Meet me at the supermarket in fifteen minutes?’
It’s the first Saturday since we came back from school. Tom’s gone to some competition with the sailing club. Which is great and everything but where does that leave me? My sailing’s definitely not up to competitive standards (I don’t need him to tell me that) and there’s no space in the cars for spectators. Dad and Mum are still in their doing-things-together phase and have gone out for the day. I’m not a great fan of an empty house, but now I’ve got it sorted.
As we walk round the supermarket I have another idea. ‘We should have invited Sarah. Why didn’t I think of that? Shall I phone her?’
Gemma gives a shake of her head. ‘Her mum said she’s not up yet.’
‘Oh.’ I still worry about Sarah. I’ve seen her more than once since she had that awful fall into the river (my fault). And she does seem okay. But she’s not really active, not going out as much as she was trying to do over the summer. She’d been ill for so long and just when it looked like she was getting better … But I’m not going to think about that now.
‘Do we really need all these ingredients?’ says Gemma.
I brandish my list. ‘Yep.’
‘I think we’re being a bit overambitious.’
I pull a face. It’s just picnic food. How hard can it be?
I’ve gone for veggie rainbow pie (Gemma has always been into her veg), homemade scotch eggs (always wanted to try those) and blueberry muffins to finish off.
‘Couldn’t we just have sandwiches?’ says Gemma.
‘No. Because then it wouldn’t be a fun cooking day.’

We go back to my house and set out our purchases on the kitchen counters. Maybe Gemma is right and we have overdone things just a teeny bit. ‘We could leave the muffins until last and only do them if we’ve got time?’
‘Muffins are easy, I don’t even need a recipe for those. I’ll mix up the batter while you sort out which of the million veg you’re going to put in the pie.’
‘We. We are going to put in the pie.’ But I’m glad she’s going with it.
I take out beetroot, pumpkin, kale (ugh, kale) and red peppers. At least we’ve bought readymade pastry. I lay that out beside the multicoloured veg. ‘Pretty.’
‘Come on Lily, where’s the recipe?’
I produce it and she does a quick read through and says, ‘Why don’t I do the veg while you roll out the pastry?’
‘Brilliant idea.’ Phew. I’m great with plans and everything, but I’m still not that good at the actual cooking. And slicing up all those veg?   Not my idea of fun. Gemma, on the other hand, actually seems to enjoy it. She chops everything quickly and neatly, sorting the veg into piles, getting out the frying pan and asking where the olive oil is. She’s a natural at this. We make a pretty good partnership. I always feel happy when she’s around, like we balance each other out.
‘I really think we should give up on the Scotch eggs.’
Okay, maybe I’m not that happy when she tries to tone me down. ‘No way. I’ve already put the eggs on to boil. Can’t stop now.’
For once Lily agrees. ‘Good point. We don’t want to upset Sarah, remind her of the accident. We can sit at those tables at the top of Harbour Green. This is going to be great!’

It’s fun having a cooking afternoon with Lily, although it would be easier if she had decided to prepare just one thing. Or one thing and muffins, which hardly count. They’re already cooling on the baking tray when we haven’t even started assembling the pie of the Scotch eggs.
Lily says she’ll do the eggs if I put the pie together. I’m probably going to have to help her after I’ve finished – that pork mincemeat looks very messy. But for now I concentrate on getting the layers right.
‘It is very beautiful,’ I say.
‘Aye. Even putting it together is like a performance, isn’t it?’ Lily watches as I layer the purple beetroot, then the bright green of the partially-cooked kale, and then the pumpkin. ‘Don’t you think you need a bit more …’
I wave her away. This is not a performance and I do not need her input. This is cooking, something I’m definitely better at than her.
‘Talking about performance,’ says Lily holding up her meat-and-breadcrumb-stained fingers, ‘I want to practice some pieces for my Conservatoire audition. Would you listen to them for me?’
‘Lily, you haven’t even got an audition yet!’
‘Always best to be prepared,’ she says cheerfully, going back to her misshapen eggs. ‘Will you?’
‘Of course.’
We work on in silence for a while. I put the top on the pie and brush it with egg. It is going to be stunning. And massive. I hope Lily’s parents are into vegetable pie.
Lily goes to wash her hands at the sink. ‘Glad that’s finished. You know, for my other uni options I think I’m going to put down politics and media.’
I stare. Conversations with Lily can be very disconcerting. ‘But I thought doing drama was your dream?’
‘Can’t put all your eggs in one basket, can you? I don’t know if acting is really what I want to do long term, but I’m definitely applying to the Conservatoire. Think how amazing it would be if I got in!’
‘Surely you’ll get in?’ Lily is a success at everything she puts her mind to. Well, apart from cooking.
She grins. ‘I’m certainly hoping so. And what about you?’
I’m not nearly so enthusiastic about discussing my choices. ‘Music,’ I say, because that’s what I’ve specialised in, the one subject I’m really good at.
‘So – Conservatoire, maybe apply to two different courses there? That leaves you three other options. They say …’
‘Oops, there’s the timer. I need to turn the pie around.’
She’s sufficiently distracted by coming to admire how our handiwork is progressing to not press the point of my subject choices further. For now.
I’m mulling over what she said about the Conservatoire not being the be-all and end-all for her. I’d always thought she would do drama.   She loves performing so much. It had been kind of accepted: drama for her, music for me. But Lily has so many talents. If she doesn’t go for drama she could definitely do something where her organising and public speaking skills wouldn’t go to waste. Whereas me – if I don’t do music there isn’t a single other thing I can think of.
My phone buzzes and I check the message. ‘Sarah’s awake and bored.’
‘Excellent. She can join us for the picnic. We’ve got way too much food for two.’
‘We’ve got way too much food for ten!’
‘It’ll keep,’ says Lily happily. ‘Do you think Sarah’s mum will drive her into town?’
‘I’ll ask her.’ I’d been wondering that too. It’s too far for her to walk. It’s time like these I almost wish I was making more progress learning to drive. Almost, but not quite. Driving makes me nervous.
‘Tell her to meet us by the river. A picnic there would be more fun than in the garden.’
‘Oh. Okay.’ Water makes me nervous too. ‘We don’t want to be too close to the river, though.’
For once Lily agrees. ‘Good point. We don’t want to upset Sarah, remind her of the accident. We can sit at those tables at the top of Harbour Green. This is going to be great!’ 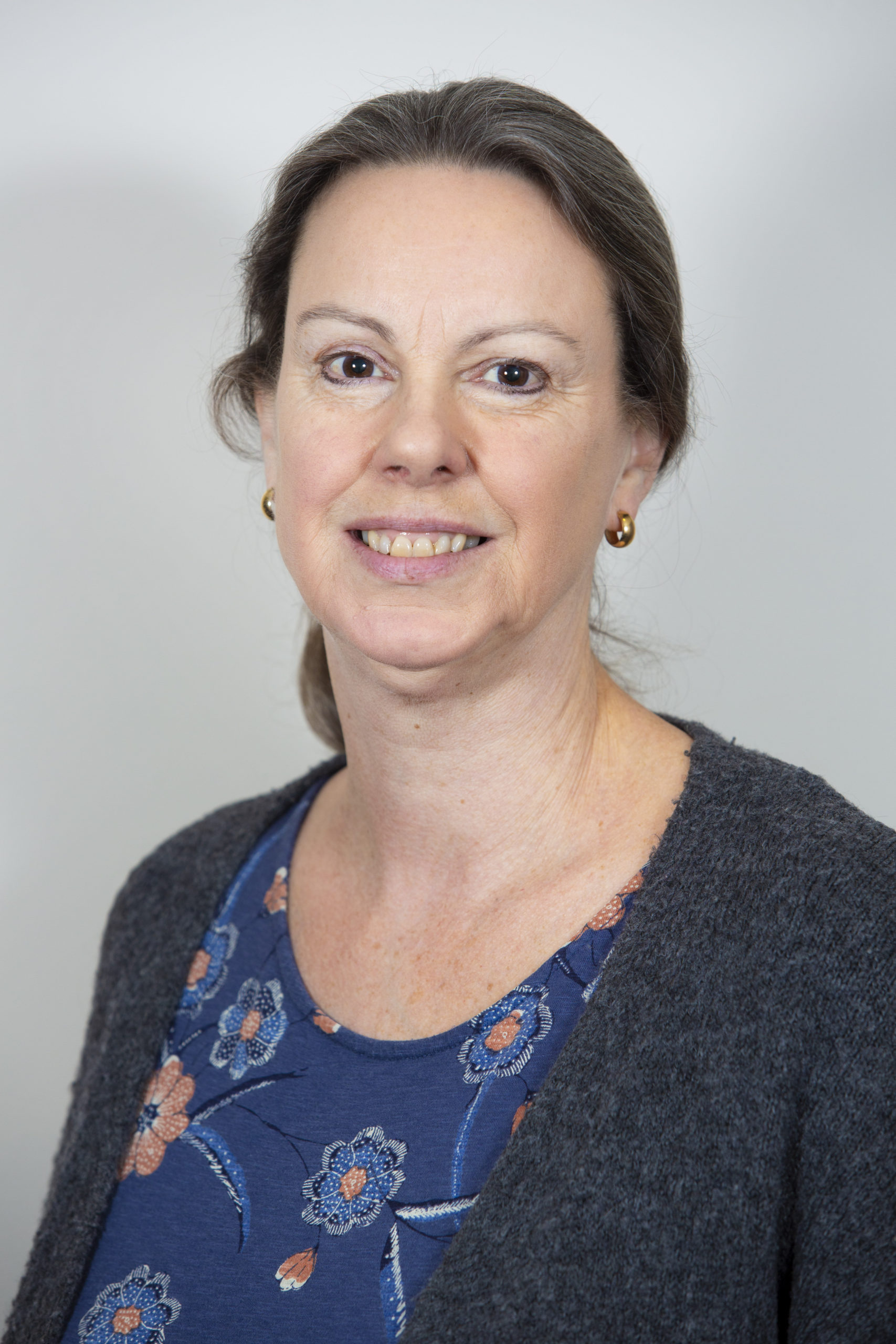 Talented YA and romance author Gill Stewart has nine adult and teen novels to her name. She is a longstanding member of The Romantic Novelists’ Association and The Society of Children’s Book Writers and Illustrators. Her romance novella, Rachel’s Coming Home, was shortlisted for the Joan Hessayon Award in 2009.

Lily’s Just Fine, book 1 in the Galloway Girls series by Gill Stewart, is a finalist for the 2020 People’s Book Prize.

Sail away this summer with the unexpected romance of Scotland’s most determined teenager.

Lily couldn’t have planned life better herself. She lives in the best house in town and she’s dating the most popular boy in school. Everything else she can fix. Mum’s apathy? On it! The stuffy gala committee? Watch this space!
Tom has enough on his plate without trying to drag Newton St Cuthbert into the 21st Century. His sister is sick and there’s nothing anyone can do. Not doctors, not his parents, and certainly not Lily Hildebrand. 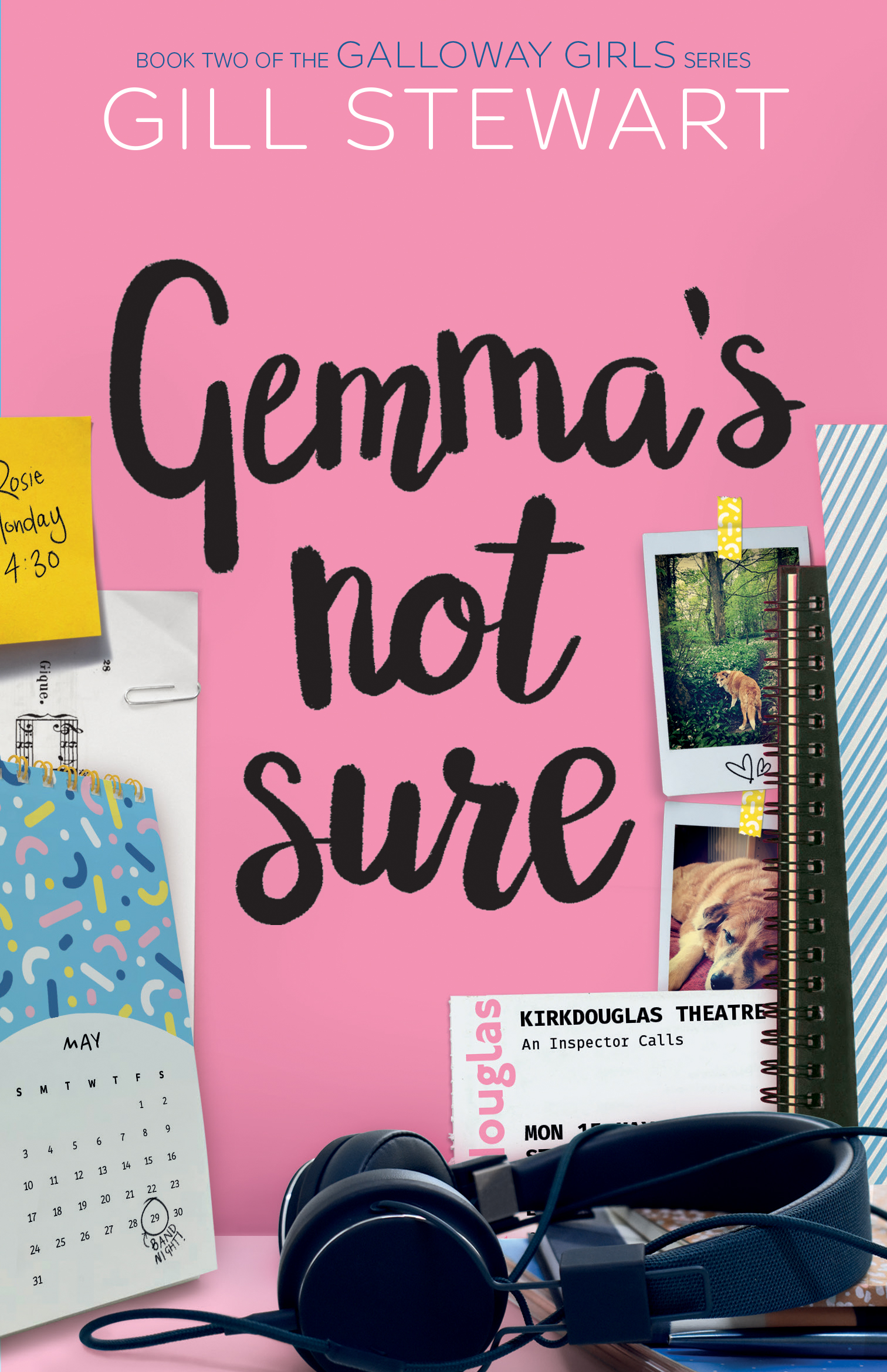 The Galloway Girls are back! With exams coming up and major life choices in progress, everything is about to change.

Gemma’s not sure if she’s brave enough to go to her audition, or if she even wants to study music at all. She’s definitely not sure forming a band with Lily’s hot ex-boyfriend is a good idea.
Jamie’s university life isn’t like he thought it would be, and he doesn’t know what to do about it. One thing he does know is that he wants a reason to bump into Gemma Anderson again.