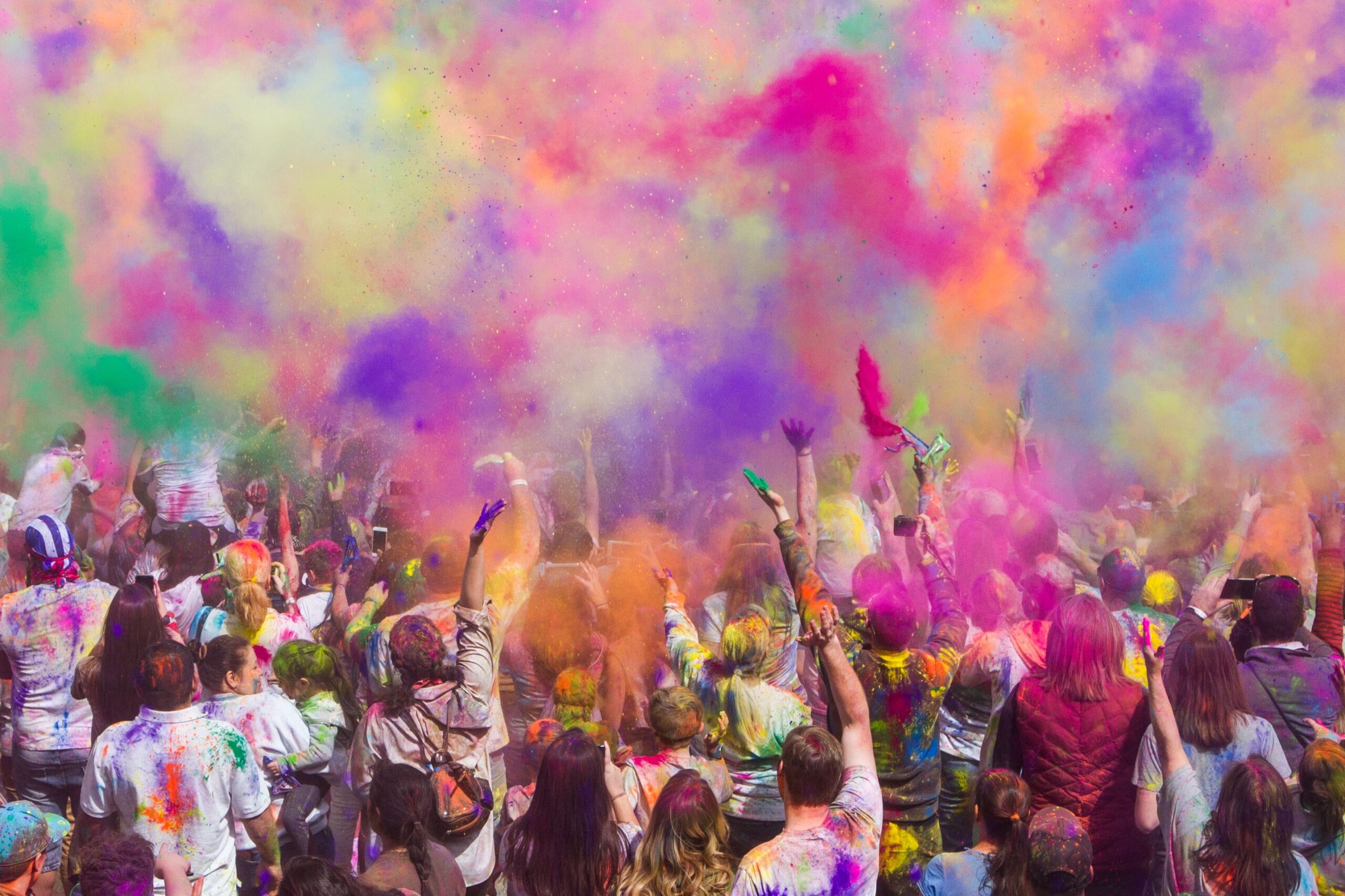 Holi, the Hindu “festival of colours”, celebrates the arrival of Spring and the end of the Winter season.

Holi is celebrated at the end of March and originated in India. It is a two-day event that celebrates good overcoming evil and light over darkness. Inspired by a number of Hindu legends, families gather and light a bonfire on the first day before dancing, singing and throwing coloured paints and powders outdoors in public on the second day.

The bonfire on the first night of Holi celebrations said to be inspired by the legend of an evil king who became so powerful that he forced his kingdom to worship him as their god. However, his son Prahlada refused and continued to worship the Hindu God, Vishnu. The king planned to kill his son, aided by his sister, Holika, who was immune to fire. Holika tricked Prahlada to sit in a fire with her, but the Lord Vishnu helped Prahlada to walk away unaffected, whereas Holika instead burned to her death.

The throwing of coloured paints is said to be inspired by the Hindu god, Krishna. The legend says that Krisha complained to his mother that he didn’t like his blue skin and wanted to have lighter, fairer skin like his love, Radha. Krishna’s mother told the mischievous young god to paint his face any colour he wanted, and he did so as a fun prank. Day two of Holi celebrates Krisha’s coloured face paints and the love of Krishna and Radha.

Join in with the fun and celebrate the beauty of colour and Indian patterns this Holi 2021 with our Rangoli Colouring Book.